Emerald Tree Boa (adults) $499.99
Back to products
Next product 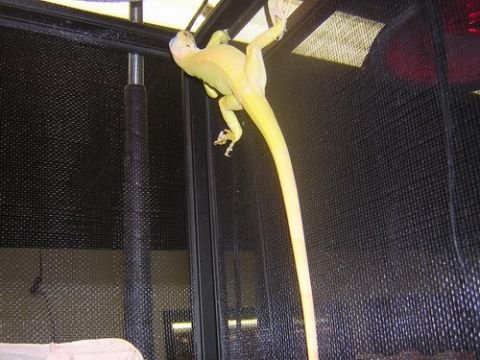 The Black Throat Monitor can only be found in South Eastern Africa south of the Sahara Desert in the United Republic of Tanzania. Rock Monitors are mostly terrestrial and can be found in dry savannah regions. They tend to find shelter in burrows, at the base of trees, or if juvenile, in the tree. These monitors are not great swimmers and do not have aquatic tendencies like most monitors do.

The Black Throat “Rock” Monitor can grow up to 4 – 6 feet in length from the tip of their nose to the tip of their tail. However, most monitors will only get up to 3 to 3.5 feet and can weight over 50lbs. Many monitors can live up to 10 – 12 years in captivity.

Black Throat Monitors are large carnivorous lizards with short muscular legs and a strong tail. It also has sharp teeth, claws, and a thick skin to protect it from bites and scratches from predators and prey. When threatened, a monitor will inflate its body, hiss, lash with its tail, and even bite if provoked.

Black Throat Monitors are large lizards that require a lot of space. Most people build permanent enclosures large enough to house their Monitors out of wood or Plexiglas. At bare minimum, your monitor should have enough room to turn around and stretch out. Depending on the size of your Monitor, a structure around 4×6 ‘ or larger to house your monitor would be ideal. You can start with a small aquarium if you have a juvenile monitor, but keep in mind that they do grow fast!

Though Black Throat Monitors may not spend as much time in water as other monitors, they need to always have water available to them. You should have a water dish large enough for your monitor to submerse itself if need be. Your enclosure should also have lots of substrate for your monitor to burrow in. Monitors have strong legs used to burrow into the dirt, so you should provide them with enough substrate to do so. A dirt, sand and Mulch mix will do, or good earth from outside, just as long as they have enough of it! This Monitor makes it home in Africa, so humidity is not a key factor in its habitat; just make sure you have plenty of substrate.

Rock Monitors are fans of warmer climates. Their homes should have an ambient temperature between 85 and 90 degrees, and 110 to 130 degrees under a basking light. A halogen flood lamp will help you achieve proper temperatures. You may want to keep a thermometer in your enclosure so you can measure the temperatures yourself. There is no proof that UVA/UVB bulbs provide any benefits to monitors due to their diets.

Black Throat Monitors are carnivores. Young monitors do well on a daily diet of Crickets, Mealworms, and occasional pre-killed pinky mice. It is good to dust your food with vitamins and minerals prior to feeding. As your monitor grows, you can increase the size of its meals; just feed it every other day to give it time to digest its food. Monitors enjoy a good variety of foods. You can feed them Mice, Small Chicks, Baby Rats, Various Insects, Slugs, Snails and Boiled Eggs.

Most Black Throat Monitors have a mild temperament when kept as pets, but as with all monitors, the less you handle them, the more aggressive they can become. Monitors are predatory, instinct driven reptiles, use caution around young children. This species is known to have the same temperament as that of a dog. They are rewarding to keep and enjoy all the love and attention they can get. Monitors can also be a great friend to take to the park. Using a leash and harness, you can give your monitor proper exercise, and a chance to get some natural light.

There are no reviews yet. 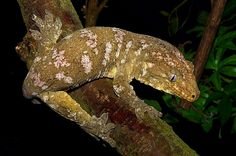 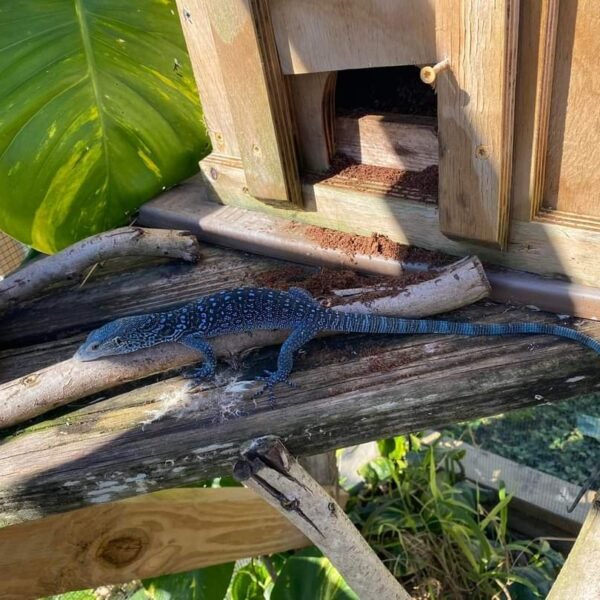 $1,700.00 – $4,900.00
We have some incredible Blue Tree monitors for sale at fantastic prices. This lizard is found on a remote Indonesian
Select options
Quick view 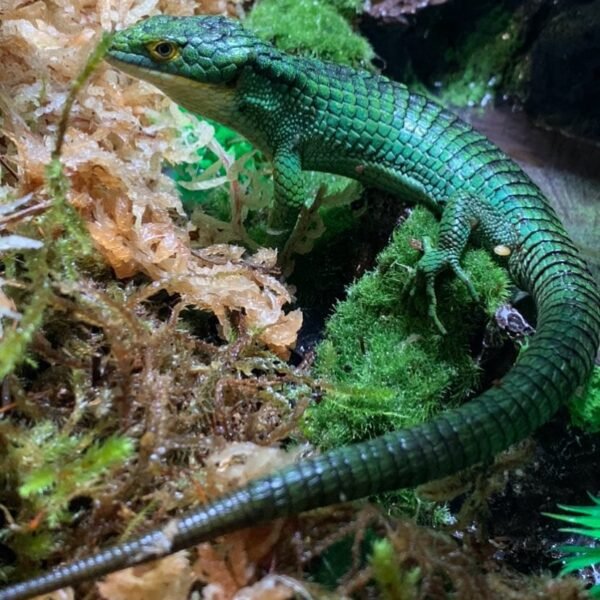 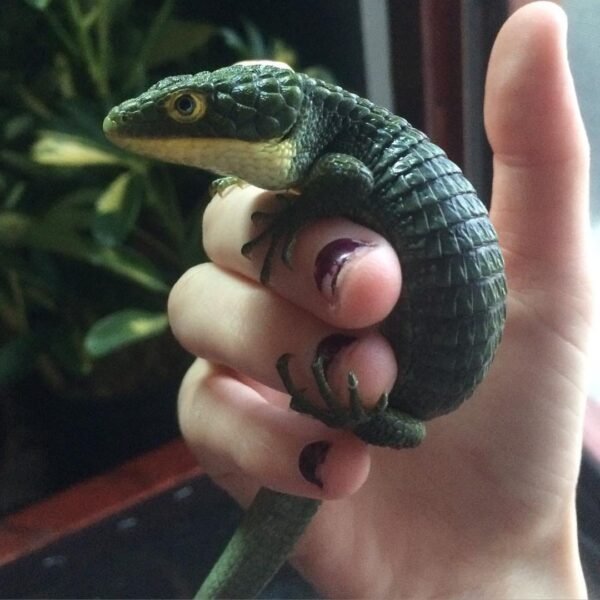 $120.00 – $330.00
Captive bred Abronia Graminea for sale – We have  some of the nicest, and we mean the NICEST Abronia Lizards
Select options
Quick view 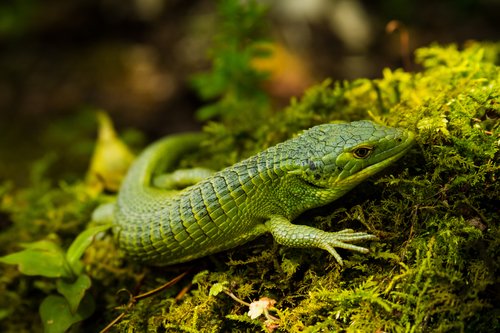 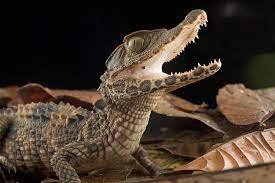 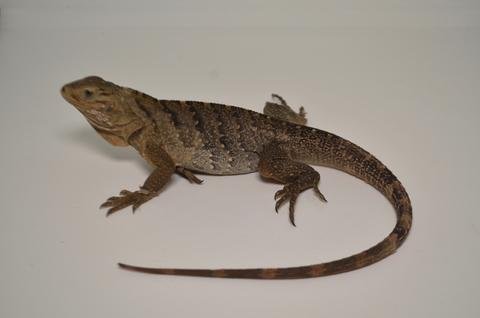 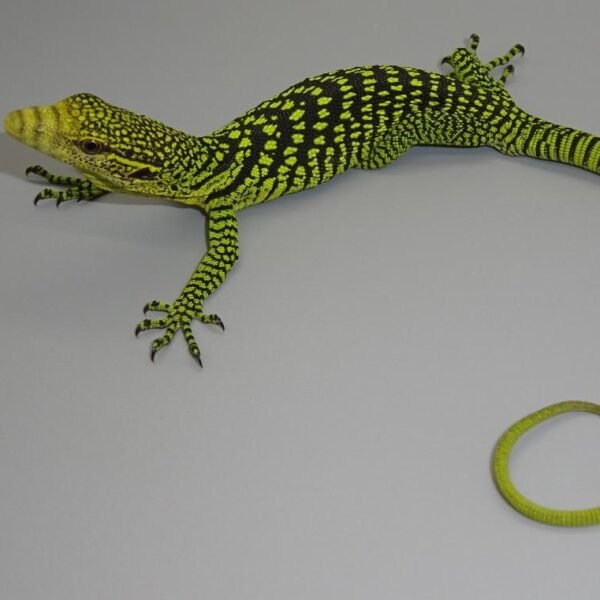